Noise-induced hearing loss (NIHL) is one of the most common injuries arising from work – and the problem is rapidly increasing. The effects of excessive exposure to noise are gradual. They may not be noticed for many years, until the damage has been done and the symptoms become a problem for the sufferer – and those around them. That’s why it is important to proactively reduce excessive exposure to noise to prevent the onset of NIHL.

How loud is too loud?

The 1995 Health and Safety in Employment Regulations in New Zealand state that employers should take all reasonable steps to ensure no employee is constantly exposed to noise above 85 decibels during an 8 hour working day, whether or not the employee is wearing a hearing protection device (e.g. earmuffs or earplugs). 85 decibels is roughly equivalent to road traffic noise. It’s generally agreed that prolonged exposure above that level can result inNIHL. To give you a comparison, the level of noise in the average shearing shed is around 96 decibels, a busy street may be 80 decibels

Why earmuffs and earplugs are not the first response

Most workplaces where noise is an issue rely on hearing protection devices (HPDs) such as earplugs and earmuffs as a first option. However, they should usually be considered as the last option, or at best as one part of an overall approach to noise control. The rising incidence of NIHL indicates that current approaches to noise control, which centre mainly on the use of HPDs, may not working and this reflects international opinion.New Zealand workers continue to suffer hearing loss as a result of their work, in spite of wearing HPDs. There may be numerous reasons for this including the incorrect wearing of HPDs.

An effective approach to noise control approach will usually consist of the following three steps:

WorkSafe NZ is New Zealand’s workplace Health and Safety regulator. They work closely with employers, employees and others to educate them about their workplace health and safety responsibilities, engage them in making changes that reduce the chances of harm, and enforce workplace Health & Safety legislation.

From a wider perspective, the cost of ACC claims resulting from NIHL is increasing rapidly. Controlling noise in New Zealand workplaces, therefore, may also help to reduce employer ACC levies over the longer term. 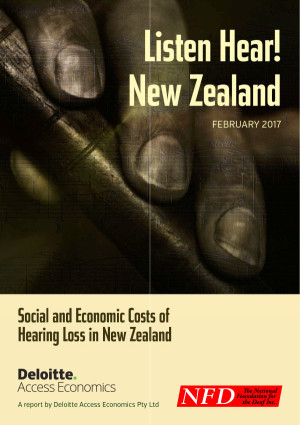